Let’s have the discussion about this “hiatus”.  The boys who rocked the world and stole the hearts of countless girls have announced that they will be taking a “break”.  Avid fans are plagued with the gut wrenching reality that the ultimate love serenaders may be setting down the roses and hanging up their guitars.  Why is this so confusing? 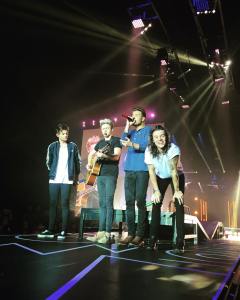 So where does this leave us?  Completely and utterly confused  None can forget the heart shattering breakup of the Beatles, but are we ready for another iconic British band to breakup.  Something tells me this is all a ploy to string us on for more!