I did a little two year throwback this past week.  With the recent casting of Tom as The Amazing Spider-Man’s  Peter Parker, I decided to do some research on his previous movies. Naturally, I stumbled across How I Live Now.  It wasn’t just Tom Holland and Saoirse Ronan I was impressed by, but the entire question that the plot proposed. 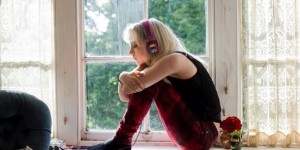 Based on the book by Meg Rosoff, the movie begins with Daisy(Ronan) being shipped off to her aunt’s cottage in the countryside of England.  Here she meets her cousins, Isaac(Holland), Eddie, and Piper.  Daisy butts against the grain, plagued by anxiety and lonesomeness, seen through her edgy hostile persona.

The plot spikes upward when a nuclear bomb is dropped on England, forcing everyone in the countryside to move, separating families.  Daisy is given the option to return to the states, but opts to stay with her cousins in the countryside, where they attempt to hide in a barn near their cottage, and are ultimately found and forced to evacuate.  Daisy and Piper are kept together, but the boys are separated.  Learning that their new home is dangerous, Daisy decides to begin the long journey back to their cottage.

Things to take away from this movie:

So how would you live?  If given the option to return to safety, but faced with the decision to leave your loved ones behind would you?  And then when placed into temporary safety, would you return to danger to find those you care about?  Watch the trailer here, you won’t be disappointed.